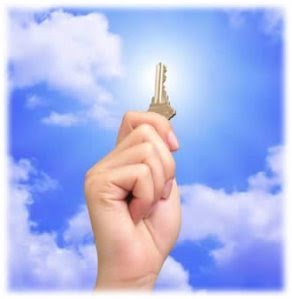 For non-believers of the law of attraction (aka The Secret), they point to destiny and that everything that is supposed to happen is already written in the stars. Essentially, they believe that they cannot alter what is already going to happen to them. The law of attraction on the other hand preaches quite the opposite, professing that there is no pre-defined course and that at any moment a shift in our thinking can deliver us anything that we so desire regardless of our current situation.
I believe that the answer lies somewhere in between. It would be unfair to say only one force is working over the other, meanwhile I review books such as The Alchemist which illustrate how important signs and omens are and how we need to follow our intuition to achieve our dreams. Running to the "destiny" argument is easy to do when things are not working, or bad things seem to keep happening to us, especially if those negative situations seem to keep occurring no matter what we do - it can seem at times as though we are cursed. There may very well be something called destiny at play, however I contend that it is not immutable and can be changed at any time.

That is to say that at any given time, the status quo that is our life is in fact leading us to some destiny, such as us getting married to a girl named Diane, living in New York City, having two kids then dying at the age of 80. However, if we take a more active step in the creative process by visualizing what we want in terms of where we live, what type of person we marry etc, we can alter that so-called destiny that we are currently headed towards.

If we were truly prisoners of one destiny, why is it that people who are positive and adamant pursuers of their dreams seem to always accomplish them? Believe me, these people did not become positive after they achieved their desires - their positivity helped manifest their desires. If there were really one destiny, no matter what they did, they would only experience failure upon failure upon failure in pursuit of their desire. But we all know that this is rarely the case - those who fail and try again, combined with a shift in attitude always find prosperity. Clearly, they are not prisoners of anything. Neither are you.

My point? Get up on the inside. It's easy to get discouraged in life, especially when we face setbacks. I'm not here to thump bibles, but there is something to faith and believing you can change the course of your life - however you have to believe you can do it and be clear about what you want. There is a destiny for you to fulfill but it's only the one that you want to fulfill, not one that is written in some imaginary book somewhere in the sky.
Posted by Three at 10:10 AM

I have often wondered if the thoughts in our head aren't random but instead of creating the future, are actually revealing it.

I will write an article on that same subject...I often wonder the same, whether those thoughts aren't random that appear in my head that I later see manifested. It makes me occasionally question whether we are creating everything or just a lot of things. ?!