Peace Starts on the Inside 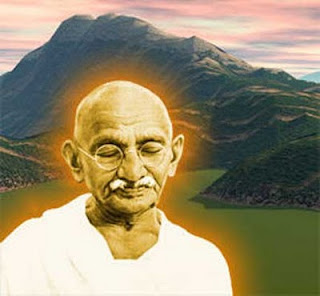 I decided that perhaps my thinking has become slightly negative in recent weeks or perhaps even months. I therefore decided to go to the Self-Realization Center in the Pacific Palisades with my Mom to feel cleansed. I was very glad I went.

I think for the first time, as we went through a brief meditation, I finally started to understand how it worked. Typically my mind is always racing, however today with guidance, I think I managed to harness it a little bit. Although I had been feeling a little bit of anger towards an ex-girlfriend (I just found out she moved in with somebody proving that there had been someone else involved in our break-up), I started letting that go and started feeling good vibes for everyone. I realized that it is not only healthier to love than to hate, but much easier! I left the sermon today feeling more refreshed. Unfortunately, that did not last for long. As I was trying to leave, a few people bumped into me, without making eye contact or apologizing. I felt like pushing back, wondering how these people could be so discourteous. Then I made it to the line for the Friendship Tea for the weekly snack. Again, there were many people, and some people decided to get their food, and just continue to stand in front of it to chat, blocking the line, and blocking others from accessing it. I don't believe they were intentionally being rude, but often people unfortunately do not consider anyone else but themselves. All that mattered to them was that they got what they wanted. Nobody else existed.

To take into account your surroundings, and others around you, seems to have turned into a rare trait amongst peoples, even at a beautiful place of worship. I started feeling anger, and then realized that I had to really work on myself as perhaps in these last few months the crowd of the city and the thoughtlessness of many people within had eroded my new place of peace. But I can never blame anything on the outside. I believe we must be so peaceful and strong, that nothing, nor no one on the outside can affect us on the inside. Not surprisingly, the Universe told me what I needed to know within minutes of me feeling this trivial and destructive anger. I had picked up a little booklet which contained selections from Gandhi's writing. Upon feeling this anger my eyes fell immediately on these lines:

I am too conscious of the imperfections of the species to which I belong to be irritated against any member thereof. My remedy is to deal with the wrong wherever I see it, not to hurt the wrongdoer; even as I would not like to be hurt for the wrongs I continually do.

No coincidence. I am but a fool to expect perfection from everyone. We cannot hold everyone else up to our own standards otherwise we will go crazy. Just because I'm overly considerate of others doesn't mean anyone else is, nor should I get angry with others for being the way they are. We are an imperfect species. And that's okay. Just accept others and focus on the simple and happy things in your life.
Posted by Amoeba Life at 3:03 PM 1 comment: 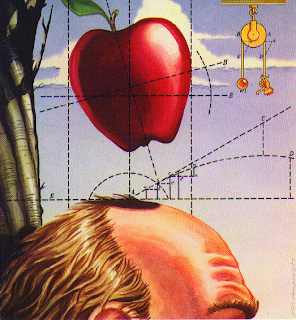 I was on my way to a car dealership today to look at a new car. Yes, although not as cool as the BMW 3 series, I decided to go green and consider a Toyota Prius, especially given all of the miles that I sometimes drive, not to mention So.Cal traffic can take a toll on a car. More importantly my ego doesn't need the inflation of a car like that. Perhaps once upon a time, but not now. But something struck me on my way to look at the car: that I hadn't thought about my last relationship in a while. Have no doubt, time heals all wounds. It's funny to think how crappy I felt just a couple of months ago. However when we have a reference that puts everything in perspective for us, it all makes sense about how we have to be like gravity. We have to be like gravity in that we have to gravitate towards the things and people that gravitate towards us. This permeates all levels of life. Allow me to explain.

In our relationships, it is useless for us to convince someone to like us. No doubt, there is sometimes a game we have to play during the courting phase however over the longer term, it is fruitless to convince someone to like us. Our time is far better spent gravitating towards people who like to spend time with us without us having to impress them or convince them to do so. How do we know when we're with the right person or set of friends? Nothing feels forced, we look forward to spending time with them, and we don't have to feel like we're someone we're not. We just exist and are happy in their company. Trust me, take a look at how you are when you're with your best friend and contrast that relationship to other people you're with. Now let's move on to our "job" or whatever it is that we do for a living. If you're having doubts about your job or are unhappy or perhaps are at a stage in your life where you're still considering what you want to be when you "grow up", then read on. It's probably easier than you think to decide. Think back to what you wanted to be when you were a child - do you still have aspirations to do that? (aside from being a millionaire, which we've all found out, isn't actually a profession!). You may find that you do, and may want to consider pursuing that. Or if you're not sure about your current job, take a look at your life. Do you find yourself tired? Snappy with your loved ones? Getting sick all the time even though you take care of yourself? It may very well be your subconscious trying to give you signals to move on.

My point is that life does not have to be a struggle. In fact, the Universe is so abundant with whatever you want that it is fruitless to feel like you are swimming upstream. The path is laid out for you and perhaps more obvious to follow than your mind can comprehend, which is why we spend so much time pursuing things that we are not sure of, because society has conditioned us to take certain paths, which may or may not be our true heart's calling.

Take some time to meditate. Contemplate. What did you want to do for a living as a child? Who are the people that you feel most alive when you're around? When was the last time you got sick - what or who was involved in your life? These are the breadcrumbs that the Universe has laid out for us on our journey of fulfillment. Just follow the simple law of Gravity in everything your heart calls for you to do and you will be amazed by the results.
Posted by Amoeba Life at 11:46 AM No comments: